CND Shellac Ingredients And What They Mean

It’s quite easy to use and is quite durable.

CND promises that Shellac can stay on your nails for up to 14 days of you apply it right. 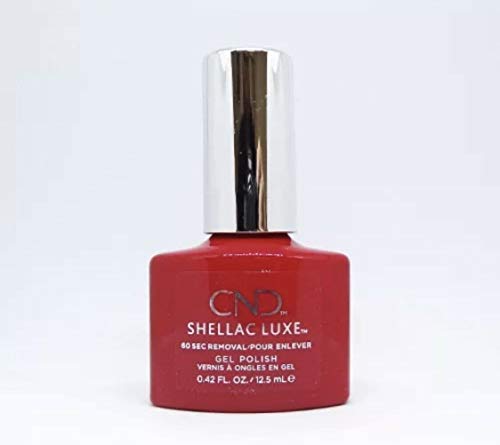 Many people choose Shellac for their gel manicures and I’m sure they would like to know the CND Shellac ingredients list and what these ingredients actually mean.

Have you ever wondered whether it’s safe to use Shellac and what impact this polish can have on your health?

You can rest assured that Shellac is rather safe for your nails, according to CND.

According to its manufacturer, CND, Shellac is 7-free.

It means that it doesn’t contain any of the most harmful and toxic substances and thus it’s pretty gentle on the nails.

There’s an explanation of what these substances are and how dangerous they are in my article about non-toxic gel nail polishes.

Shellac is also vegan and cruelty-free.

It doesn’t contain any animal-derived ingredients and is not being tested on animals.

Shellac is just a brand name. CND Shellac contains no real “shellac”, which is a lac bug secret.

In addition to that, you don’t need to buff the shine off your nails before using Shellac. So it’s less damaging to your nail plate than many other gel nail polishes.

It’s no longer required to cure Shellac with a UV light.

But recently CND has reformulated Shellac and you can now cure it with an LED lamp, which is safer than a UV light source.

Shellac is also easy to soak off. It’s not necessary to file it off with a nail drill. And this is safer for the nail plate too.

Here is a list of CND Shellac ingredients (according to CND) and their most important qualities:

It’s a common ingredient in nail polishes, nail polish removers, and other nail products, such as base coats.

It functions as a solvent for other nail polish ingredients.

So it’s also used as an apple flavoring in cosmetics and in the food industry, in candy, and other sweets.

And it also plays part in Shellac’s and other nail polishes’ odor.

Cellulose acetate butyrate is used as a film-forming agent in nail polishes and gel nail polishes, especially in top coats.

This chemical forms a continuous film coating on the nail plate.

It’s clear and doesn’t yellow. So your white Shellac polish won’t turn into a yellow one.

The leading manufacturer of this chemical is Eastman. It was originally used in automotive coatings and photographic films (remember Eastman Kodak?).

According to the Environmental Working Group (EWG) database, cellulose acetate butyrate is non-toxic and non-allergenic.

Silica is a silicon oxide that is used as a thickening agent in nail polishes.

The kind of silica, amorphous silica, used in cosmetics and nail polishes is not dangerous.

Only crystalline silica is actually hazardous when used in cosmetics, but it’s a different type of silica, not used in Shellac.

Crystalline silica is also known as quartz and is often found in nature, in stone, granite, and clay. Sand is actually mostly made of quartz.

Silica gel, the stuff in those little “Do not eat” desiccant packets that you often find in bags and shoe boxes, is another form of silicon oxide. It’s necessary for absorbing moisture from bags, shoes, and other products to prevent mold from growing on them.

In addition to having the longest and the least pronounceable name on this list, phenyldimethoxyacetophenone is one of the most important ingredients of gel nail polishes.

It’s the chemical that causes gel nail polish to cure under UV/LED light.

Phenyldimethoxyacetophenone can polymerize acrylates under the influence of light and that makes Shellac harden in the lamp.

It’s not on the list of the most toxic chemicals and is pretty safe in those concentrations that a bottle of Shellac contains.

But in large concentrations it can be environmentally unsafe.

This chemical with another lengthy name is a special polymer developed for gel nail polishes as a binding agent and is only mentioned in gel nail polish-related patents.

It’s not known to be hazardous or toxic, according to the Environmental Working Group (EWG) database.

Dentists use some of the methacrylates for restoring teeth.

Methacrylates are used as bonding agents in the nail industry in acrylic, gel nail products, and in gel nail polishes.

Unfortunately, some people can have an allergy to acrylates, according to the National Library of Medicine.

So there are those who are allergic to gel nail polishes.

While Shellac is one of the least allergenic gel nail polishes, and many people who are allergic to other gel nail polish brands use it without consequences, it still can cause allergy in those who have an intolerance to methylacrylates.

The good news is that this allergy is not very common and Shellac is safe for most users.

However, please consult your doctor about your allergies if you are unsure.

Vinylux As An Alternative 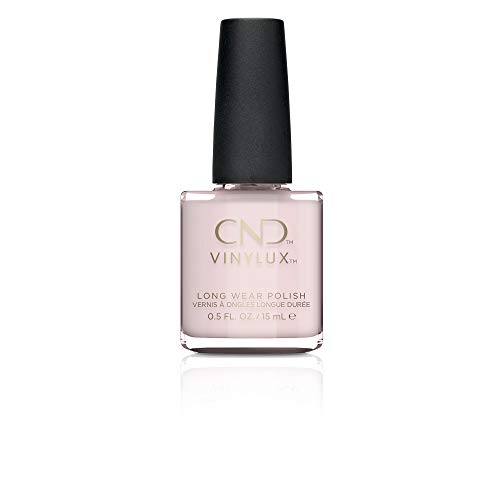 It’s a gel-like nail polish that, according to CND’s list of ingredients, contains a smaller amount of acrylates.

You can find the list of its ingredients here.

And it has the same color palette as Shellac so you can easily switch to Vinylux and still wear your favorite polish colors.

It’s a lot like ordinary polish because you don’t need to cure it with a UV/LED lamp.

You should air dry it, and it dries faster than ordinary polish.

Vinylux is not as durable as Shellac though. It won’t stay on your nails for 2 weeks like Shellac.

But it’s much more durable than ordinary polish.

CND claims it’s a weekly nail polish. So it can stay on your nails for up to one week.

Not a bad alternative to Shellac!

Vinylux doesn’t require the use of a base coat.

You simply apply it to your natural nail plate and use a special Vinylux top coat to finish your manicure.

There is also no need to buff the nail plate or wipe any stickiness off the top coat when you use Vinylux.

These were the most important CND Shellac ingredients.

So now you can rest assured that Shellac is pretty safe and non-toxic.

And you also have a nice alternative in its sister polish, CND Vinylux.

We use cookies to ensure that we give you the best experience on our website. If you continue to use this site we will assume that you are happy with it.OK